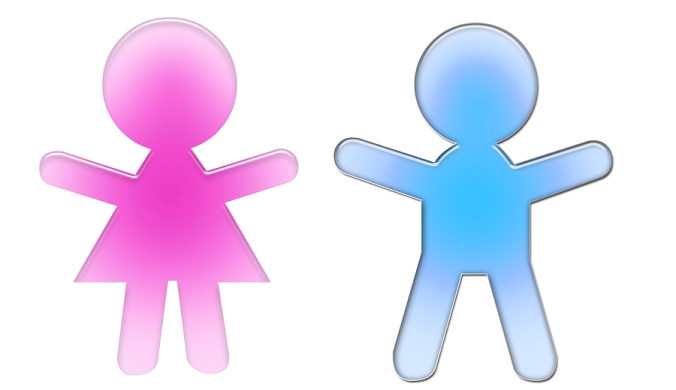 Last week we saw how Ernest Hemingway addressed the interpretative possibilities of linguistic gender in his seminal novel The Old Man and the Sea. As Hemingway showed, identifying the gender of nouns is not always a straightforward task in Spanish, and the same can be said for the other Romance languages as well.

In most Romance languages the masculine or feminine gender of a noun may be denoted by the article which precedes it, be it the definite article (“the sea” may be el mar or la mar) or the indefinite article (“a cat” may be un gato or una gata). In Romanian the definite article is added at the end of the word, so while “a man” is un om and “a woman” is o femeie, “the man” is omul, and “the woman” is femeia. Considering that Romanian also has a neuter gender, it should be clear that its grammar is remarkably different from that of its Western cousins. We’ll limit today’s discussion to Spanish, Portuguese, French and Italian.

A further distinction can be made between Spanish, Portuguese and Italian on the one hand and French on the other. Gender is often reflected in the ending of the noun, as shown in the example of the cat (el gato, la gata). Spanish, Italian and Portuguese frequently use -o for masculine nouns and -a for feminine nouns; however there are many exceptions to this paradigm. Nouns of Greek origin which end in -ma or -ta are masculine; so system is el sistema in Spanish and planet is o planeta in Portuguese. Some other Greek nouns ending in -a are masculine as well. It is often confusing to visitors to Italy to find men named Andrea, Luca, and Nicola; however, these names derive from the historical Greek names Ανδρεας (Andreas), Λουκάς (Loukas), and Νικολαος (Nikolaos). “The hand” is feminine in all three languages (la mano in Spanish and Italian and a mão in Portuguese) and many other Portuguese words which end in -ão are feminine, such as a nação (the nation).

It is therefore impossible to establish the gender of a noun using a simple -o vs. -a criterion, especially considering that there are many nouns which end in consonants or in other vowels: -e can indicate a masculine noun such as il cuore (heart) or a feminine one such la decisione (decision) in Italian. “Crisis” – another word of Greek origin – is feminine across the board despite the fact that it ends with a different letter in each of the three languages: a crise in Portuguse, la crisi in Italian, and la crisis in Spanish.

“The crisis” is la crise In French, falling into the typical French paradigm wherein masculine nouns end in a consonant while feminine nouns end in -e. Thus a male cat is le chat while a female one is la chatte; however exceptions – such as la mer and l’homme – abound.

Gender, therefore, is a fundamental characteristic of a noun which may or may not be deducible from the noun’s ending; it is more properly understood through an etymological study of a word’s origin. As shown, the gender of nouns in Greek has often dictated their gender in the modern Romance languages; Latin has had an even greater influence. The nouns “hand” and “nation” are feminine in all of the Romance languages because the Latin nouns manus and natio are feminine.

Language is much more than a cold study of letters on a paper; it is an organic complex which has resulted from millennia of culture and history. The Old Man and the Sea shows us how gender opens up expressive possibilities. The brief review of nouns that we’ve gone through today should show how the student of a modern language can benefit from learning about the history behind the language he or she is studying.