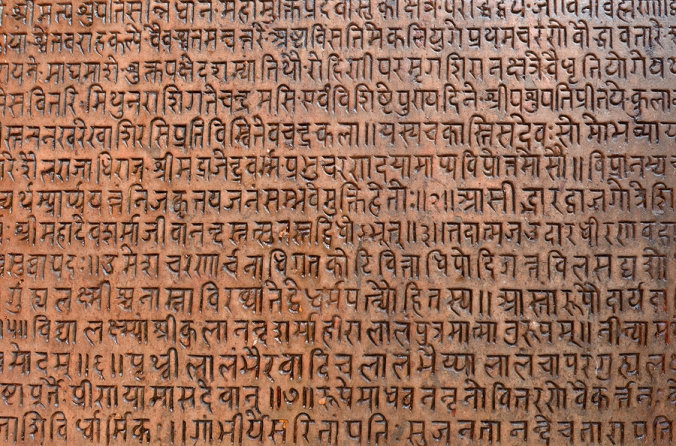 Did you study a classical language in high school or university? Each year, a small but significant number of language students across the world pick up or continue their study of a “dead language” such as Latin or Ancient Greek. Although the chances of being able to converse in these languages with a mother-tongue speaker are non-existent, students of the classics gain direct access to the rich body of classical literature which forms the basis of much of our modern-day civilization.

Latin is certainly the most famous of the classical languages and continues to be studied regularly at public high schools all across Europe and at many high schools in the United States as well. Ancient Greek is also taught in many more “classical” type high schools in Europe, while its presence at that level of education in the U.S. is very limited. It is interesting to note that although Modern Greek is markedly different from Ancient Greek, thus requiring it to be studied as a separate subject at school even in Greece, it has been discovered that a small community of about 5,000 people in Trabzon, Turkey speaks a dialect which shows many affinities with the ancient tongue.

Europe is home to many other ancient, defunct languages such as Old English, which despite having produced monumental sagas such as Beowulf, never reached the literary glory of Latin and Greek, and so are not always considered classical. In his 1921 book Language, anthropologist and linguist Edward Sapir identified only 5 classical languages in the world: Chinese, Sanskrit, Arabic, Greek and Latin.

Sapir’s work was fundamental in opening the perspective of European-centric scholarship to the rest of the world. India, therefore, in addition to boasting a rich diversity of modern languages, is a possessor of one of the great linguistic pillars of world civilization – Sanskrit. Like Latin and Greek, Sanskrit possesses a formidable literature, which began with the spoken or sung Vedas of the 2nd millennium BC, formulated the grammatical, phonetic, religious and philosophical treatises of the Sutra, and produced two great epics – the Ramayana and the Mahabharata – before flourishing in its classical phase. A comparison between Sanskrit and Greek is particular proficuous at this point, as both of the aforementioned Indian epics were handed down orally for several centuries before being set in writing – just like the Iliad and the Odyssey which, daunting as they may appear to overworked high school students, when combined are not as long as the Ramayana, the shorter of the two Sanskrit epics.

During the classical period which would follow (roughly from the 3rd to the 8th century AD), Sanskrit authors churned out scholarly treatises, poetry, stories, drama, and the Puranas, literature fundamental to the development of Hinduism. Today, Sanskrit continues to be used as a ritual language in religious celebrations in both Hinduism and Buddhism. It is interesting to note that Latin was used in a very similar way in the Roman Catholic Church until the Second Vatican Council of 1962 opened the mass up to the use of the vernacular (although Latin can still be found in certain Mass celebrations).

Ancient Greek makes a cameo appearance in some instances of the Roman Catholic Mass as well – the kyrie eleison (God, have mercy) is a remnant of an even more ancient time when Greek, not Latin, was the language of the Roman Catholic Church. Although the Greek Orthodox Church continues to be an antiquated form of the Greek language in its celebrations (and it uses the kyrie eleison extensively), the substance of this language is a form of Medieval Greek dating back to the time of the Byzantine Empire and not the tongue studied by students of the classics.

Sanskrit, aside from its religious usage, is the subject of study at all levels, all across the world. Many Western scholars learn it not only for its cultural weight, but also for its importance in understanding the Indo-European language group. In India, Sanskrit is a common subject at high school, and its revival is often tied up with political movements.

Interestingly enough, the student of Sanskrit who does his or her homework well might actually have the possibility of conversing with a mother-tongue Sanskrit speaker. Among the 780 plus modern languages of India, this classical language boasts 14,000 people who describe it as their primary language. That’s an opportunity which even the most diligent student of Latin could only dream of having. 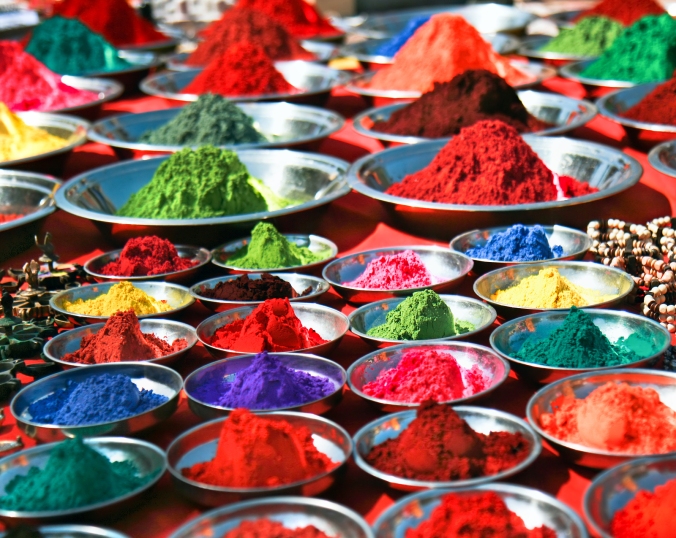 Last week we observed how the starting point of the millenary voyage of the Romani people, now known for their diffusion all across Europe, was the Indian subcontinent. Interestingly enough, the strongest evidence for dating the exact departure of the nomadic people from India comes from the language they still to this day speak, which, despite the heavy influence of later contact languages, retains its characteristic Indian heritage.

However, to say that a language is “Indian” is a somewhat vague umbrella term. The languages of India were the object of a recent study by the People’s Linguistic Survey of India, which counted a staggering 780 languages being spoken in the country today and estimated that the actual number may be closer to 900.

Just like in Europe, the Indo-European family is the predominant language group. 700 million people (corresponding to 69% of the population of India, mostly in the Northern and Central parts of the country) speak a language belonging to the Indo-Aryan branch of the Indo-European languages. The 422 million speakers of Hindi counted by the People’s Linguistic Survey make it the most-spoken language in the country, although this group is far from homogeneous; the language defined as “Hindi” contains many dialects, some of which (such as Rajasthani) are considered languages of their own right under some definitions, including by the very people who speak these variants of Hindi. Other Indo-Aryan languages such as Bengali, Gujarati, Marathi, Oriya, Punjabi, and Urdu are each spoken by tens of millions of people.

The Dravidian languages represent the second largest group, with about 200 million speakers, or 26% of the population, concentrated especially in the southern part of the country. Telugu, Tamil, Malayalam and Kannada all have more than 30 million speakers. The British presence in India in the 1800s led to the “discovery” of these languages and the postulation that they represented a close-knit language group.

In addition to these two main language blocks, there is a smattering of Austroasiatic languages in Northeastern and Eastern India which account for “only” 10 million speakers, while the Tibeto-Burman languages are spoken by about 6 million speakers living mostly along the Indian borders with, not surprisingly, Tibet and Burma.

The languages indigenous to the Andaman islands belong to the Ongan language group; today just two of these languages survive and both are considered to be endangered. Onge and Jarawa have just 96 and 220 speakers each (as of 1997) compared to the hundreds of millions which speak an Indo-Aryan language.

India is also home to one language isolate, which means a language which cannot be classified as belonging to any language group (Basque is a European example of a language isolate). As of 1991 only about 2,000 people living south of the Tapti River in West-Central India could claim to speak Nihali.

The People’s Linguistic Survey places special attention on these endangered languages. It estimates that 220 Indian languages have disappeared in the past 50 years and that another 150 could meet the same fate in the 50 years to come.

Despite the great number of “local” possibilities, Indians have chosen to use a European language – English – as their lingua franca. The overseer of the People’s Linguistic Survey, linguist Ganesh Devy, says that English, however, does not represent a threat to the survival of Indian languages. Rather, he sees the disregard for smaller minority languages as the greatest danger for the health of Indian languages, both big and small.

“When a language imbibes words from outside, it grows. Languages grow by taking words from other languages. Every language is from beginning to the end, a polluted language. The threat will come. Hindi has its roots – there are 126 languages surrounding the Hindi belt… Because they are feeder languages, they feed into Hindi, they are the roots for Hindi.

English is the sky. The sky will not harm the tree, but if you chop the roots, a mighty tree can fall. This happened with Latin, and should not happen with Hindi. Out attitude of neglect towards smaller languages is a threat to larger languages.”

Do you speak any of India’s plethora of languages?